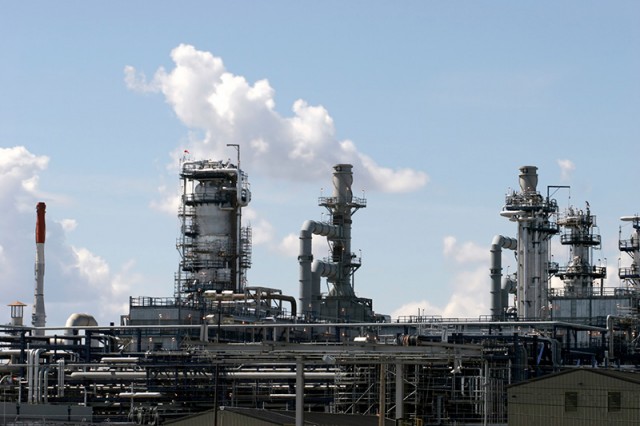 In our special edition newsletter sent out at the end of 2018, we discussed some of the headwinds facing oil. The dramatic drop in a short three-month period of oil prices left many of us scratching our heads wondering what would be next. How would drillers react to the overwhelmingly negative sharp turn of events?

While we have more data, not much is clear. But the signals are overwhelmingly mixed. Below is a summary of key information or occurrences released this month that give us insight directly into energy and energy services markets.
In its Fourth Quarter Oil and Gas Energy Survey, the Federal Reserve Bank of Dallas, released January 03, 2019, noted the following:

The survey result seems to comport with other empirical data: Well completions steadied between March and November 2018, after strong growth since mid-2016, as some producers postponed fracking and completing wells due to disappointing wellhead prices.

More recently, the rising number of drilled but uncompleted wells (DUCs) has prompted producers to scale back drilling programs to avoid an even bigger increase in inventory.

The number of drilling rigs targeting predominantly oil-bearing formations has fallen in each of the first three weeks of 2019, with the exception of last week.

On January 23, 2019, U.S. oil producers sought to ease OPEC's worries about losing market share, telling the group that investors in the U.S. firms wanted reductions in growth and higher payouts. Speaking to the forum, Occidental CEO Vicki Hollub stated she believed that money will not continue pouring into the Permian. These comments were echoed by John Hess who stated that shale production, which now accounts for about six percent of global production, may go up to ten percent but will flatten out and further noted that shale will remain "an important short-cycle component." (click here to read full article)

Indeed, many U.S. producers do seem to be hitting the brakes.Shale producer Centennial Resource Development withdrew its 2020 production target and canceled plans to add 2.5drilling rigs.Parsley Energy plans to cut its 2019 CAPEX by about 15%. Similarly, Diamondback Energy cut three rigs and plans to operate 18 to 22 rigs in 2019, down from 24 currently operating.Goodrich Petroleum Corp. (AMEX: GDP) this week also cut its 2019 capital spending plan by $40 million and Abraxas Petroleum Corp. (NASDAQ: AXAS) said it has scrapped a $108 million budget draft and will release a new one early in the year. Ring Energy Inc. (AMEX: REI) also disclosed plans to cut one of its two drilling rigs. For full results, click here.

Similarly, Chesapeake announced a lower 2019 CAPEX budget. Their forecast indicate a cut of approximately 20% and a reduction in rig count to average 14 rigs as opposed the current count of 18. They further project increased efficiency to help reduce costs. (click here for full article: https://www.rigzone.com/news/chesapeake_to_cut_rigs_to_reduce_capex_in_2019-10-jan-2019-157891-article/)
This is also reflected in a loss of confidence in increasing oil prices based on a poll of 1,000 energy executives conducted by Reuters from January 08 – 11, 2019. (A note of disclosure: I was one of the executives surveyed). According to the consensus, Brent prices in 2019 were expected to average $65.00 per barrel, and remain level in 2020, revised down by $5 per barrel compared to the prior year. However, uncertainty among respondents was up over prior years, indicating that most respondents felt a high degree of unpredictability remains in the market – even over prior years.

Nevertheless, conflicting data seems to suggest that many larger oil companies will maintain current spending or even increase it in 2019. According to a survey by DNV, a technical adviser to the energy industry, a survey of 791 senior professionals indicated that 70% of respondents intended to maintain or increase capital spending in 2019, compared to 39% in 2017. Those expecting to sustain or increase OPEX also grew from 65% from 41%. (click here for full article.)

While smaller operators seem to be cutting, large oil companies seem to be holding flat or expanding. Conoco indicated they would maintain their 2018 E&P budget into 2019. Chevron is increasing its budget to $20 billion. And Hess has increased its 2019 budget from $2.1 billion to $2.9 billion.

As a further note: oil prices usually have a lagged effect on production. Experience suggests that changes in oil prices tend to filter through to changes in reported production with an overall delay of 9-12 months. There is roughly a 3-4 month delay from changes in prices to changes in drilling and another 6-9 month from completion to initial flows. Changes in price filter through to changes in the rig count with an average delay of 15-20 weeks. So while we can expect output growth to continue during the first six months of 2019, the decline in prices and drilling, if sustained, will likely slow production growth during the second half of 2019.
While signals remained mixed and oil companies can always pull back, current indications remain that 2019 should be a relatively flat year. Indeed, speaking during his Fourth Quarter 2018 earnings call this month, Schlumberger CEO Paul Kilsgaard stated:

From a macro perspective, the dramatic fall in oil prices in the fourth quarter was largely driven by the US shale production surprising to the upside as a result of the surge in activity earlier in the year, and as geopolitics negatively impacted the global demand- and supply-balance sentiments. The combination of these factors, together with a large sell-off in the equity markets due to concerns around global growth and increasing US interest rates, created a near perfect storm to close out 2018.

Looking forward to 2019, we expect a more positive supply- and demand-balance sentiment to lead to a gradual recovery in the price of oil over the course of the year, as the OPEC and Russia cuts take full effect; the effect of lower activity in North America land in the second half of 2018 impacts production growth; the dispensations from the Iran export sanctions expire and are not renewed; and as the US and China continue to work toward a solution to their ongoing trade dispute.

In the meantime, the recent oil price volatility has introduced more uncertainty around the E&P spending outlook for 2019, with customers generally taking a more conservative approach at the start of the year. This will once again push out in time the broad-based recovery in E&P spending that we expected only three months ago.

However, based on our recent discussions with customers, we are seeing clear signs that E&P investments are starting to normalize and reflect a more sustainable financial stewardship of the global resource base. For the North America land E&P operators, this means that future investments will likely be much closer to the level that can be covered by free cash flow. Conversely, in the international markets apart from the Middle East and Russia, after four years of under-investment and a focus on maximizing cash flow, the NOCs and independents are starting to see the need to invest in their resource base simply to maintain production at current levels.

As we shall discuss in this month's Ty's Take, I largely maintain my prior guidance: that this year will be flat to slightly negative and I remain moderately conservative. However, I think much of the year will be determined by Second half as E&P budgets are likely to dramatically change based on OPEC's actual results in balancing markets and, more importantly, indications of a slide in demand growth (or lack thereof) depending on the world economy.

Tweet
Is a Global Slowdown on the Horizon?
America’s Light Sweet Problem