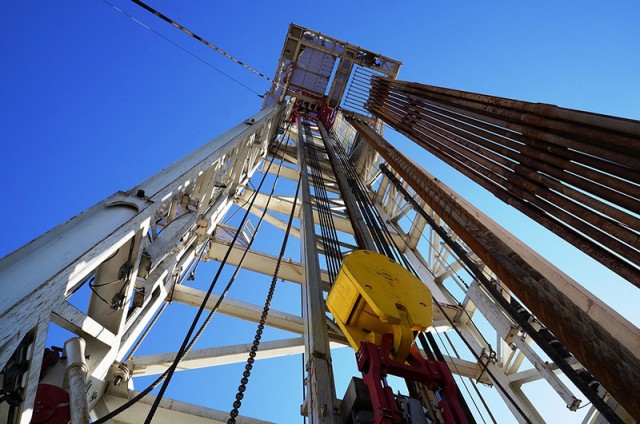 On January 24, 2019, the EIA released its Annual Energy Outlook for 2019. One of the most exciting takeaways from the report: By 2020, the United States will become a net energy exporter.

That is outstanding news and game changing for our industry. Lets build some historical context. The United States has imported more energy than it exports since 1953. 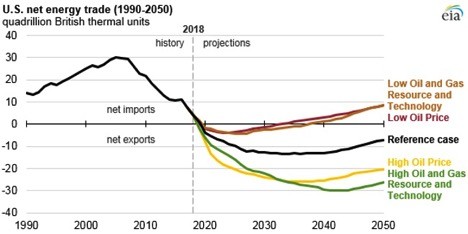 The EIA's projected changes in net energy trades are driven mostly by evolving trade flows of liquid fuels and natural gas. In the Reference case of the EIA's Annual Energy Outlook (AEO), the United States exports more petroleum and other liquids than it imports after 2020 as U.S. crude oil production increases and domestic consumption of petroleum products decreases. Near the end of the projection period, the United States returns to importing more petroleum and other liquids than it exports on an energy basis as a result of increasing domestic gasoline consumption and falling domestic crude oil production in those years. 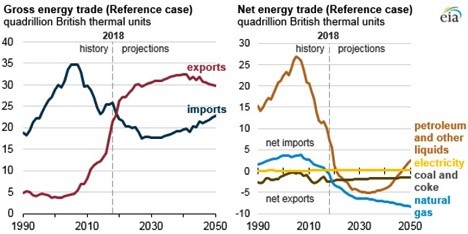 A further note of caution: In the AEO's Low Oil Price case, lower crude oil prices lead to lower crude oil and natural gas production, and the United States returns to importing more energy than it exports by 2035. Similarly, in the Low Oil and Gas Resource and Technology case, crude oil and natural gas production is lower than in the Reference case, and the United States becomes a net energy importer again in 2039.

U.S. oil production continues to increase in every cast through about 2025, but in five of six cases it begins to flatten or decline before 2030:

Natural gas production is expected to increase in almost every case: ​ 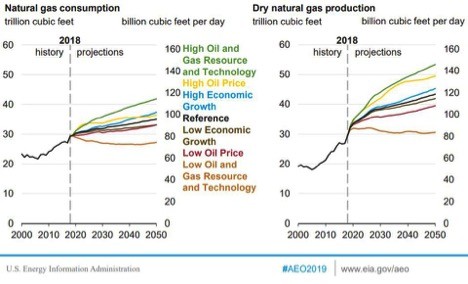 The biggest change is an expected surge in LNG exports: 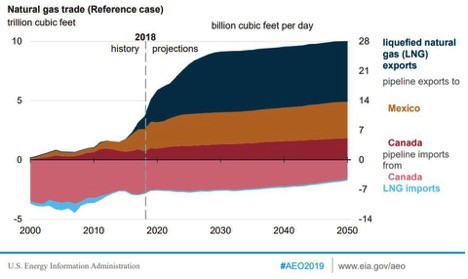 While I'm excited about this substantial forecast change for our industry, I do believe there are some potential hurdles.Those are discussed in our article this week on America's Light Sweet Problem.