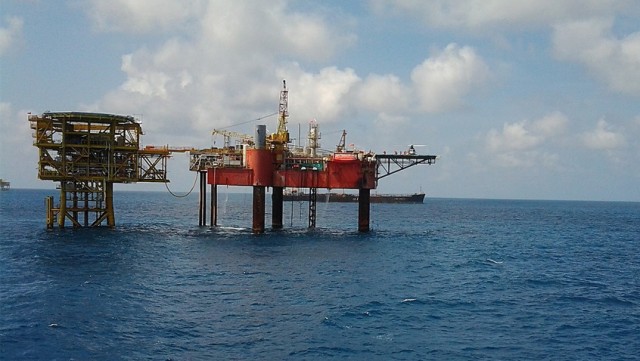 Every few years it seems that some elected representative puts some proposed legislation forward to ban OPEC and stop its ability to manipulate oil pricing. Usually, this legislation follows a period of increasing oil prices and seeks to subject governments who are otherwise exempt from anti-trust rules to our laws concerning anti-trust.

The argument has some degree of merit: U.S. companies would certainly be barred under anti-trust regulations from conspiring with one another to fix prices.Indeed, forgetting the legislative fallout, if American oil companies engaged in such conduct, Americans would be outraged. Particularly when it concerns a needed good like oil.

On Monday, February 25, 2018, President Trump again tweeted that he was disappointed with high oil prices – attempting to place pressure on the cartel to abandon their agreement to restrain production.

OPEC quickly responded with a resounding "No". Speaking anonymously to Reuters, an OPEC source stated, "There is no doubt we will continue with our reduction as planned and we will push to reach the highest adherence to the cuts as we have decided before."I personally believe that was Saudi Arabia talking. But I'm speculating.

Nevertheless, this certainly had some political implications. First, it is clear that Saudi Arabia has started to view their long-term prospects a little differently.Before, they seemed more amicable to changing course at the U.S.'s behest. But as the U.S. becomes a larger producer, they may see China as their biggest customer with less concern about their ability to export here. Either way, Saudi Arabia has signaled that their focus on close ties to the U.S. is waning.

Before President Trump's tweet, bills were introduced in both the U.S. House of Representatives and in the Senate to effectively try and ban OPEC.

Under the bills proposed, OPEC members would lose sovereign immunity (i.e. – they currently cannot be sued in the United States), and would therefore be subject to the Sherman Anti-trust Act. Their assets would be subject to seizure should a judgment be rendered against them and that judgment remain unpaid.

The legislation currently has bipartisan support.

But note: this is not the first time a similar bill has been introduced.A similar bill was introduced in Congress in 2007. President Bush indicated he would veto it and the legislation died on the vine.

Many industry leaders have already spoken out against the bill.Including most major oil companies, the U.S. Chamber of Commerce, and API.Fear of retaliation against U.S. drillers is a driving force.See the full text of the API letter here: https://www.api.org/~/media/Files/News/Letters-Comments/2019/February_2019/API_CEO_NOPEC_Opp_Ltr_2-5-2019.pdf

Moreover, if the bill passes – it doesn't just protect from prices spiking because of OPEC action – it would effectively preclude OPEC from taking action of unintended market disruptions (for example, massive increases in demand or shortages) and balancing markets in favor of lower prices. Which does happen.

The current NOPEC legislation does arguable provide some convenient leverage against Saudi Arabia and other members of the Organization of the Petroleum Exporting Countries.

If Saudi Arabia allows the oil market to tighten too much, and prices start rising, the NOPEC bills will start attracting more attention in Congress and may make more progress through the legislative process.

The administration will then be able to use the threat of NOPEC to pressure Saudi Arabia and its allies to make more oil available and push prices down again.

I would also note that the bill comes at an interesting time.There is discussion among OPEC and the non-members of its coalition that agreed to outputs (including Russia and Mexico) as to whether to make a more formalized alliance. (See Wall Street Journal article for more details: https://www.wsj.com/articles/opec-pursues-formal-pact-with-russia-11549394604). Needless to say, part of what may be precipitating this change in the United States view of OPEC is a bit of a warning: get in bed too deeply (and in our own backyard) with Russia, and we will respond.

I would again caution: be careful what you wish for. As has been discussed in prior articles, I am not convinced that low oil prices are good for the U.S. economy any more. And I'm not sure that removing the balancing forces is a good thing.

In my humble opinion: if you want to decrease OPEC's power, increase American oil production. That gives OPEC less market share.Doing that is simple: the United States already gives the 5 biggest oil companies - BP, Chevron, ConocoPhillips, Exxon Mobil, and Shell - a special tax break that only they get. This amounts to over 2 billion a year in government subsidies not given to other oil companies. Extend those tax breaks to other companies and you drive down the cost of operations. Don't try to reverse a system of sovereign immunity that has its origins in feudal times in England – use the ready tools you have available that will actually put more Americans to work and further our energy independence.

OPEC+ Cuts: Are They Enough