OPEC+ Cuts: Are They Enough 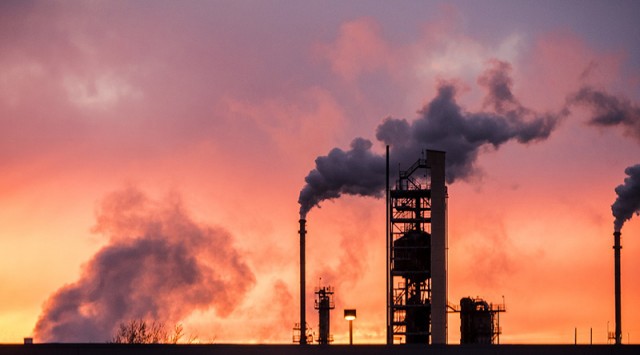 When I sent out the 2019 Market Outlook, OPEC+ had just agreed to cuts of 1.2 million barrels per day in an effort to help re-balance the market. At the time I sent the email, the general amount of the cuts were agreed, but the amount each member would cut had yet to be determined.

What was agreed to: OPEC would cut 800,000 barrels and Russia + its allies would cut 400,000 barrels for the first six months of 2019.Iran, Libya, Nigeria, and Venezuela are exempted from the deal, but I believe them to be largely a non-factor anyway.

Per the agreement, Russia will reduce production by 2 percent from October's output of 11.4 million bpd, equaling about 228,000-230,000 bpd, according to Russian Energy Minister Alexander Novak.However, Novak warned that Russia would reduce supply gradually due to conditions that affect its oil fields during the winter.

The alliance did not release specific quotas for individual countries, but top OPEC exporter Saudi Arabia laid out its production path during a press conference.

Subsequently, on January 18, 2019, OPEC finally released the country by country analysis for the cuts.

Under OPEC's plan, as we have discussed before, it is clear that Saudi Arabia takes the laboring ore.

But the question I asked at the time, and that remains: will it be enough to offset soaring U.S. production and re-balance markets?

Well.We did see indications that the market was re-balancing in the week ending January 08. 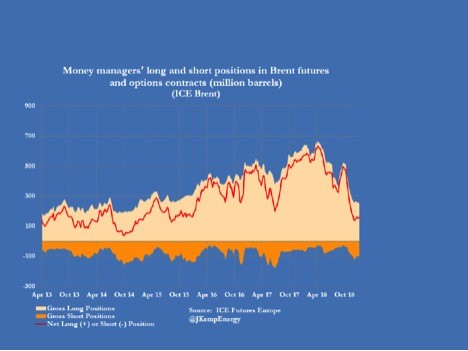 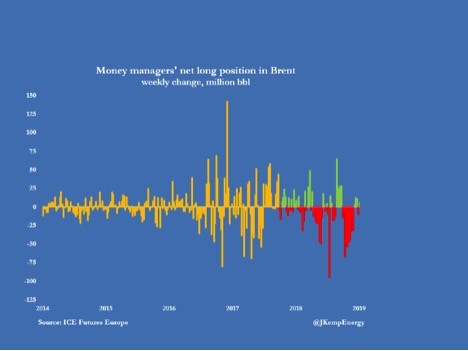 That continued the following week.Hedge funds and other money managers increased their net long position in Brent crude futures and options by 15 million barrels to 173 million barrels in the week to Jan. 15.

Portfolio managers have raised their net long position in Brent in five of the last six weeks, by a combined 36 million barrels since Dec. 4, according to exchange data. 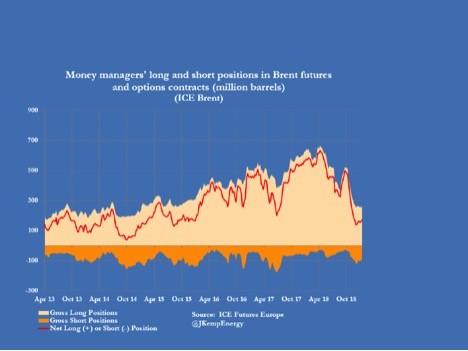 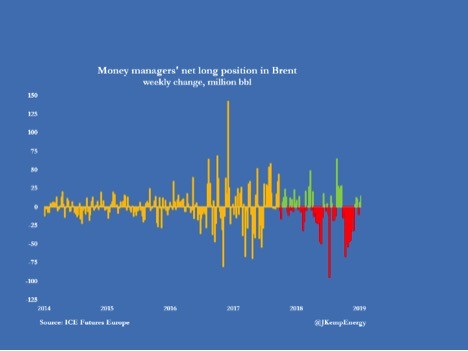 And importantly, calendar spreads have taken us from a fairly significant contango back toward backwardation:

So, markets seem to have reacted about as anticipated: while OPEC+'s announcement certainly help calm fears of an oversupplied market, they did not fully alleviate them. Like me, some wonder if the OPEC+ cuts are enough.And fears of a general economic slowdown probably weigh heavily on markets.Hence, we are still trading in a small contango.

Furthermore, one concern is Russia's compliance with the agreement. Russia indicated that their cuts would come more slowly. Russia agreed to a greater production cut of 230,000 bpd for the first half of 2019 from the 11.41 million bpd level it reached in October, according to Reuters.

OPEC's monthly oil market report forecast that Russia wouldn't fully comply with the cuts agreed to for the first half of this year. Its ability to swiftly decrease production levels is hindered by aging oil infrastructure and mature oil fields. And unlike Saudi Arabia which has one national producer, Aramco, Russian output is dependent on the decisions of multiple major oil companies.

"We're committed both to the agreement in December. ... All indications so far so good, the Russians have promised me that they will pick up the pace," Energy Minister Khalid al-Falih told CNBC's Hadley Gamble in Riyadh on Monday.

Although, we do have Russia's promise – and that counts for something – right???